Align your shopping with The Universe. Go gay on every shopping adventure and support local queer makers and artisans in Austin, TX. Browse this growing destination to find your favorite queer brands and their astrological recommendations. Astrology is gay! And we love it! 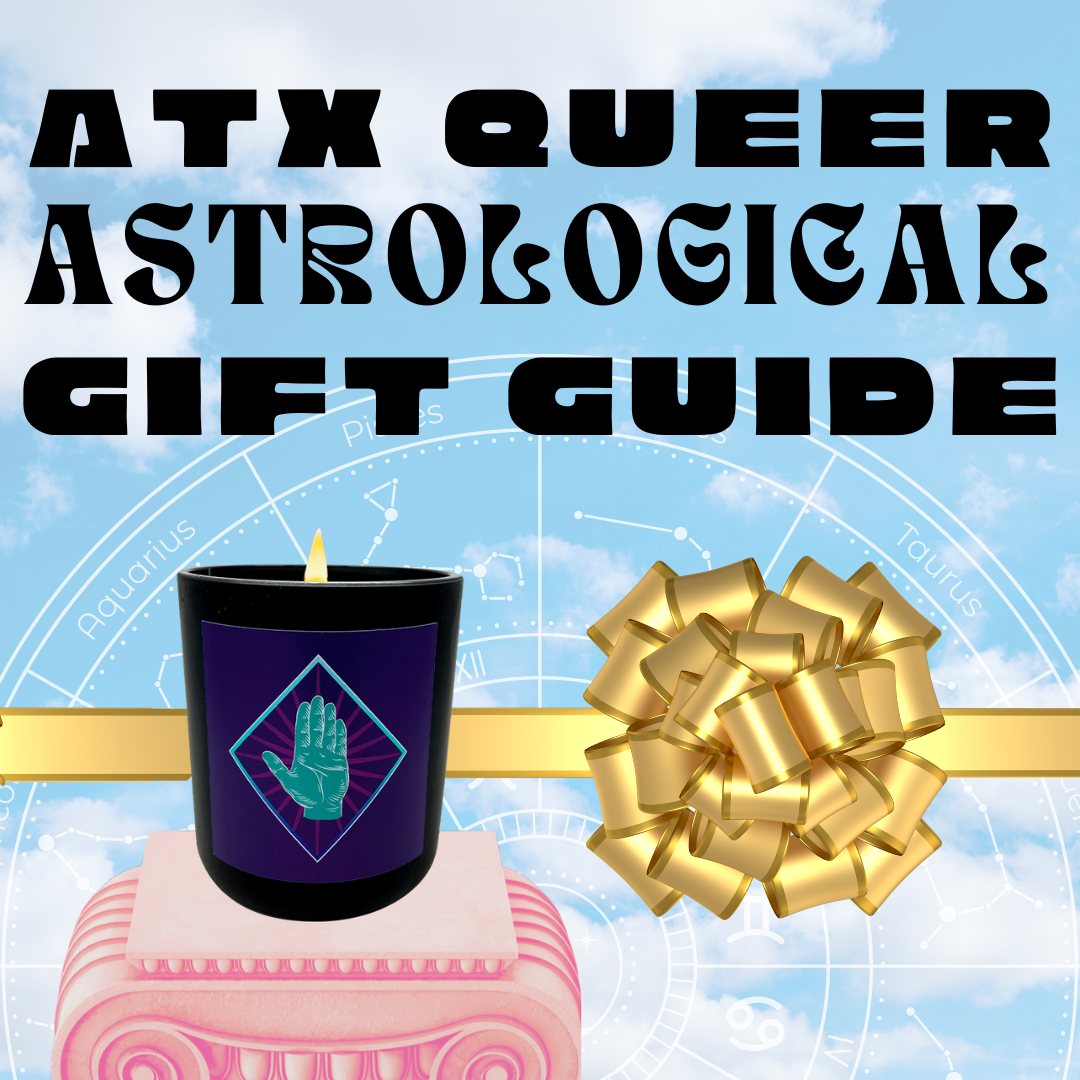 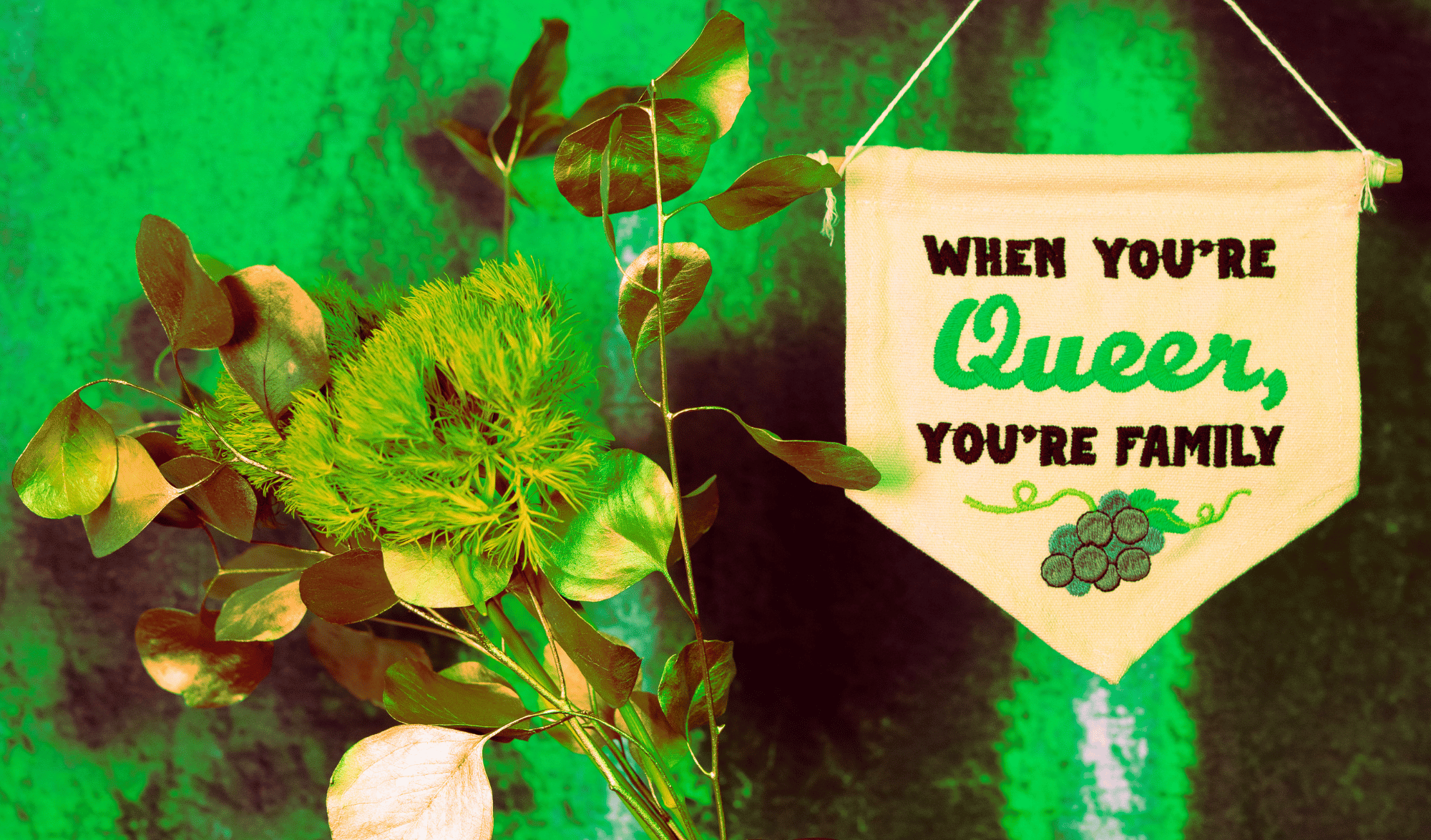 “If you are looking for spontaneity in your life, look no further. Aries are known to be impulsive, outspoken, and passionate hot heads. They’re a little scary when you get on their bad side but don’t worry, they don’t tend to hold grudges after they beat that ass.”

“Taureans often get a bad wrap for being stubborn..although that is true, (I just know y’all are arguing with me in your head about it) no one knows better than how to set the vibes and get cozy like a Taurus. They are actually pretty chill and have this “I’mma mind my business” attitude which we could all do a little more of. That’s why Happy Hooker pillows or a super cute mug from Howdy Ceramics would make the perfect gift for your fave Taurus.”

“Gemini’s are an acquired taste. You can’t really tell what they’re thinking or feeling. Their mysterious air and natural openness to friendships give people the misconception that they are two faced, but also we could learn a lot from them. Like thinking outside of the box, not taking things too seriously, and how to partyyyyy.”

“Tough exterior, soft, soft….soft insides. Cancer’s are just a bunch of cry baby, moody, crabs. At the same time they are often the parent of the friend group. They tend to take things personal, bottle their emotions, and stay jumping to conclusions.. but they are also very intuitive so lowkey they actually know what you’re thinking, so are they really wrong??” - Mimi, a Cancer Sign.

“Not all Leo’s are self-centered!! They can’t help it if they’re the most attractive, interesting person in the room. They’re great friends, have great hair, and even greater taste in the finer things in life. You can count on them to have your back and also provide top tier style tips. That’s why Tsz Kam’s prints would make the perfect gift for them.”

“If you ever feel like a Virgo is judging you, it’s because they are, and they will let you know. Virgo’s are direct, intellectual, and organized. If they are insulting you or critiquing you, that just means they care about you and are trying to help you get your life together…still hurts though.”

“As Nicki Minaj once said “I’m in my prime, optimus. Sagittarius, so you know I'm an optimist”. Sagittarians are hilarious, optimistic, adventurous, and the definition of IDGAF. They do not have a filter whatsoever and will say whatever is on their mind, which may hurt your feelings but at least they’re being honest and sounds like a “you” problem.”

“Capricorns are known to be workaholics and only care about money. But wait - the only reason they work so hard is so that they can play even harder, and blow that cash on their artistic hobbies. That’s why their vanilla outward appearance is deceiving, you just gotta give ‘em a chance.”

“I honestly had trouble finding what to say about Aquarians, and I think that right there is an Aquarius in a nutshell. They are in their own world and often feel like an outcast but maybe that’s because y’all are a little judgy and skeptical of everyone..They can come off as detached from their emotions but they are capable of love even if you can’t tell.”

“Pisces love to spend their days daydreaming about scenarios that will literally never happen. They’re spacey as much as they are sweet and creative. Okay and yeah, maybe they’re a little emo *flips side bang* but they are emotionally intelligent and make great friends if/when they can get out of their self despair.”

IN DEVELOPMENT // PRE-LAUNCH // UNDER CONSTRUCTION 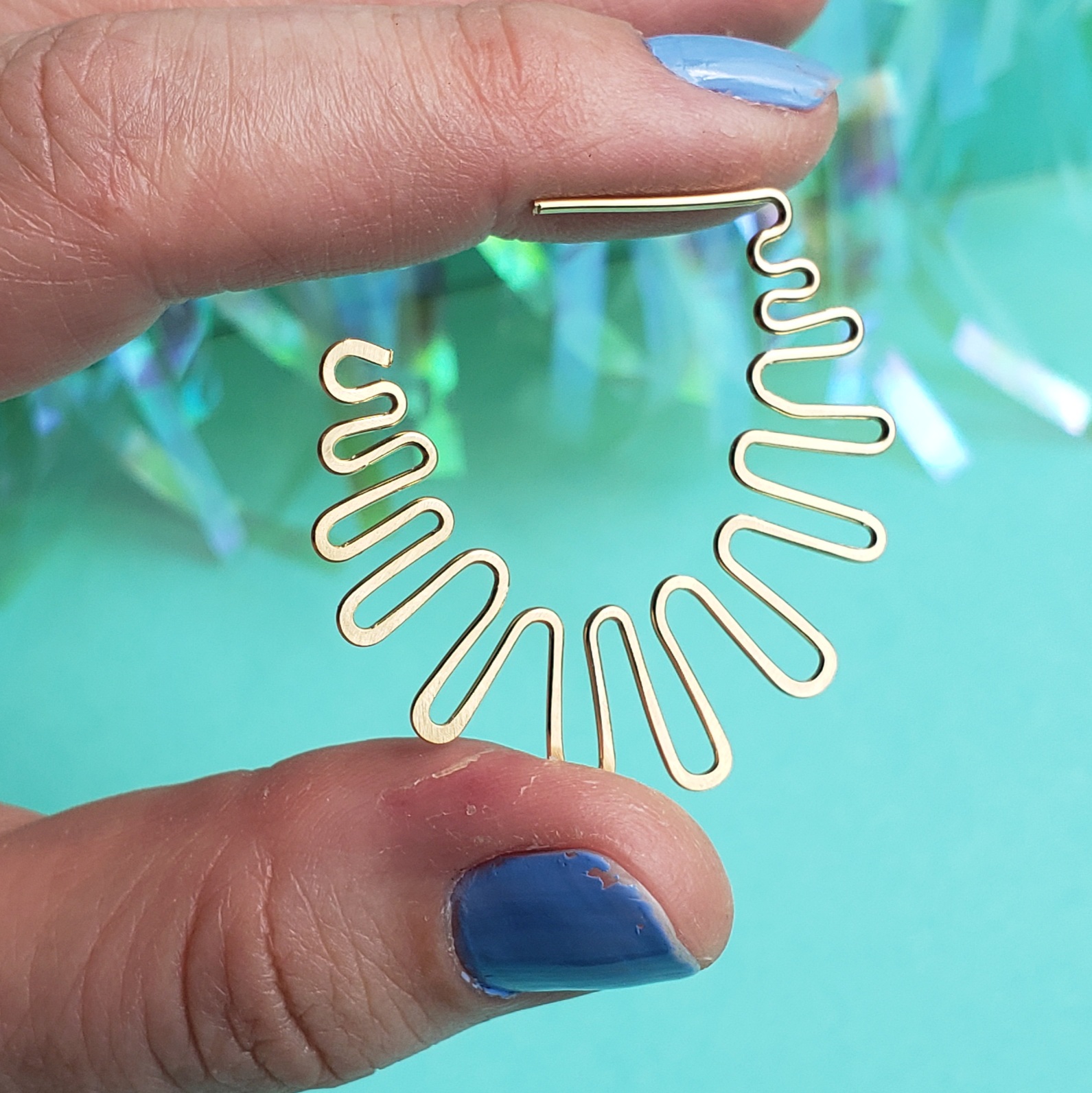 These Gold-Filled Splat Hoops are inspired by fluidity and handmade with care. Simply slide the straight end through your ear, put on the silicone back to secure the earring, and enjoy! 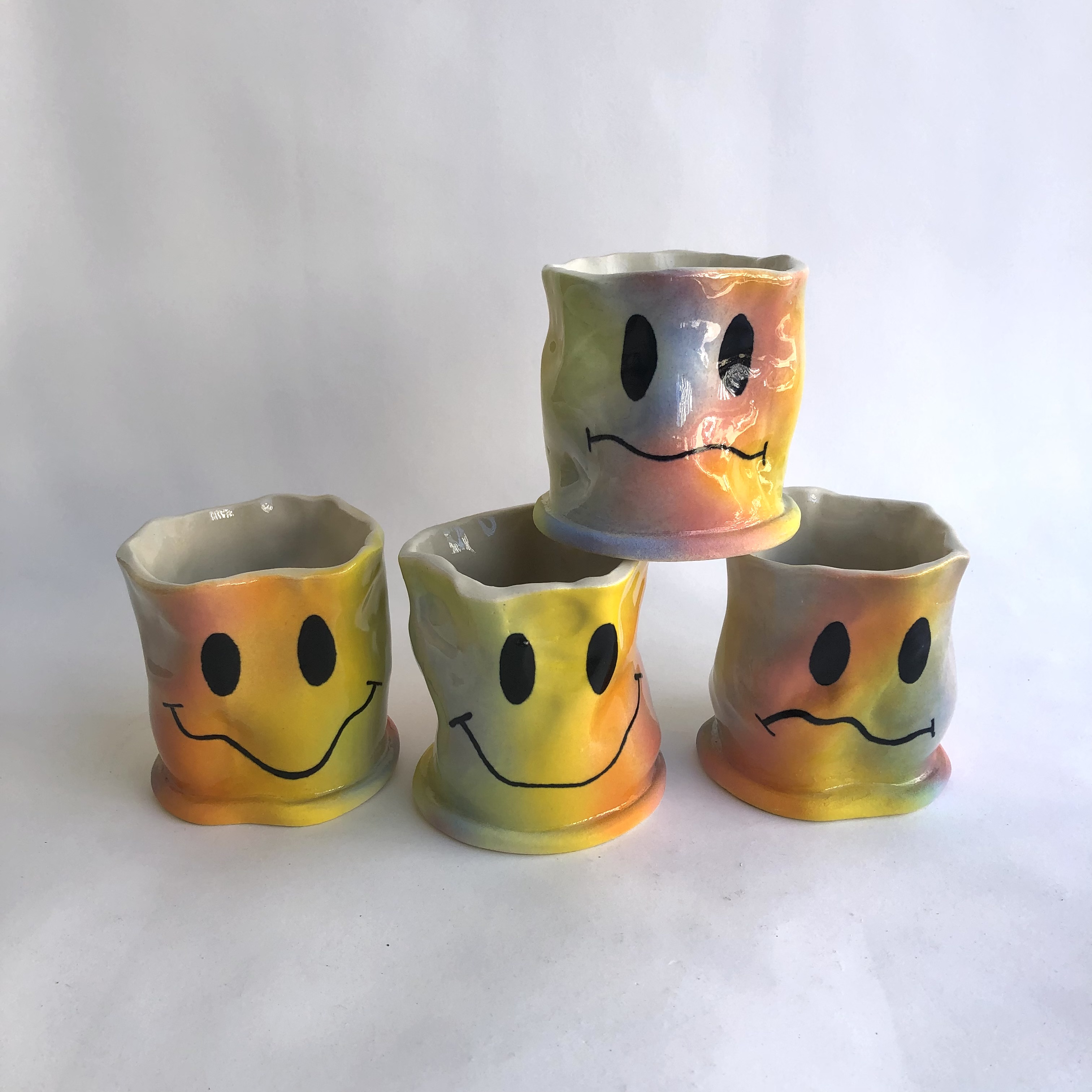 Such personality to these ones! Some are happy, some have more mixed emotions. Stoneware ceramic cups with rainbow airbrush. Current stock has gloss glaze finish. Hold 6 oz, about 3" tall. 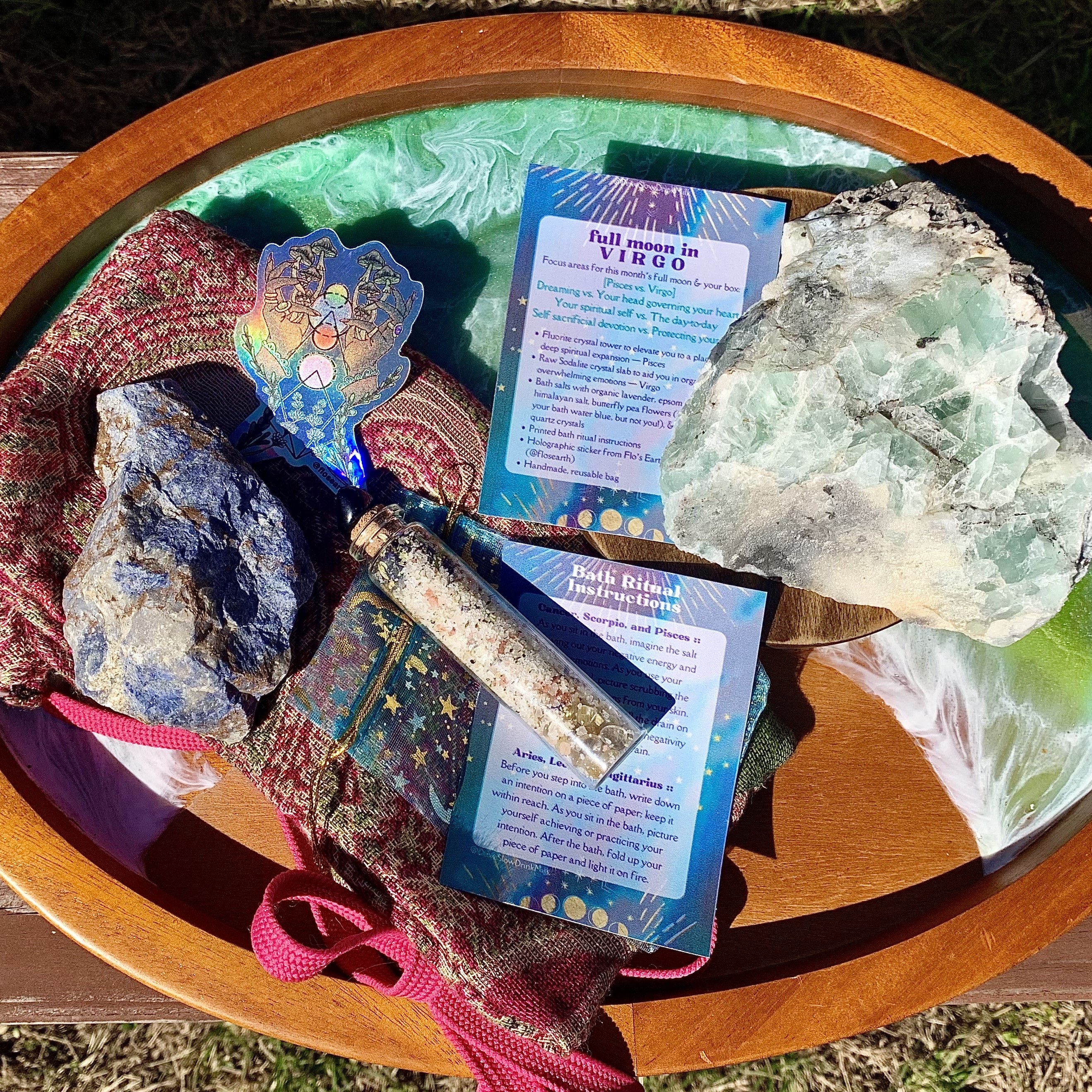 A monthly subscription that delivers crystals and ritual items relating to the full moon, astrology calendar, and self-care ($120+ value). 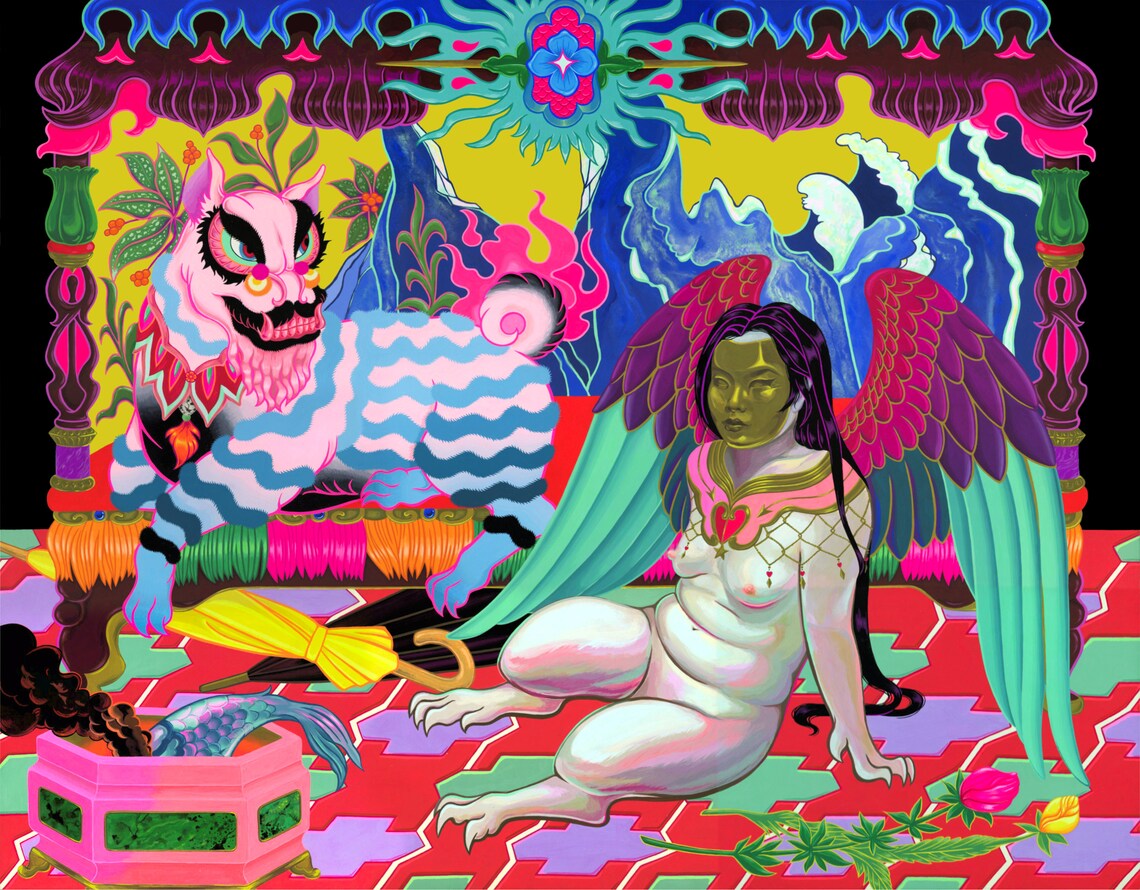 A Cantonese lion with a self portrait of the artist as a chimera. Our longest and fullest wig, this wavy dream babe has a center part and a soft, transparent pre-plucked lace.This synthetic fiber is heat safe up to 400 degrees! 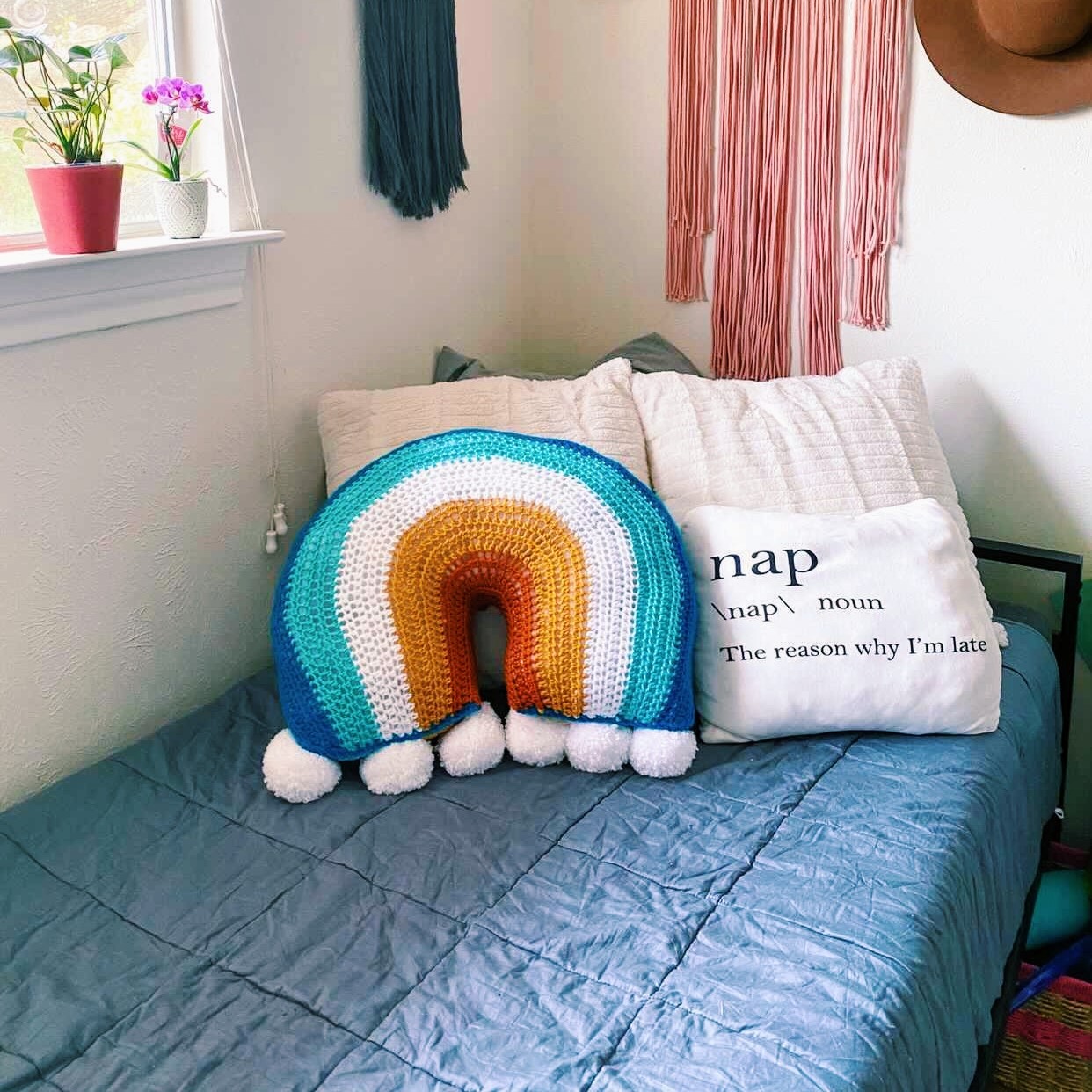 For the creative, colorful, fiercely loyal and sometimes stubborn Taurus in your life, our hand crochet Rainbow Pillow is the perfect gift. 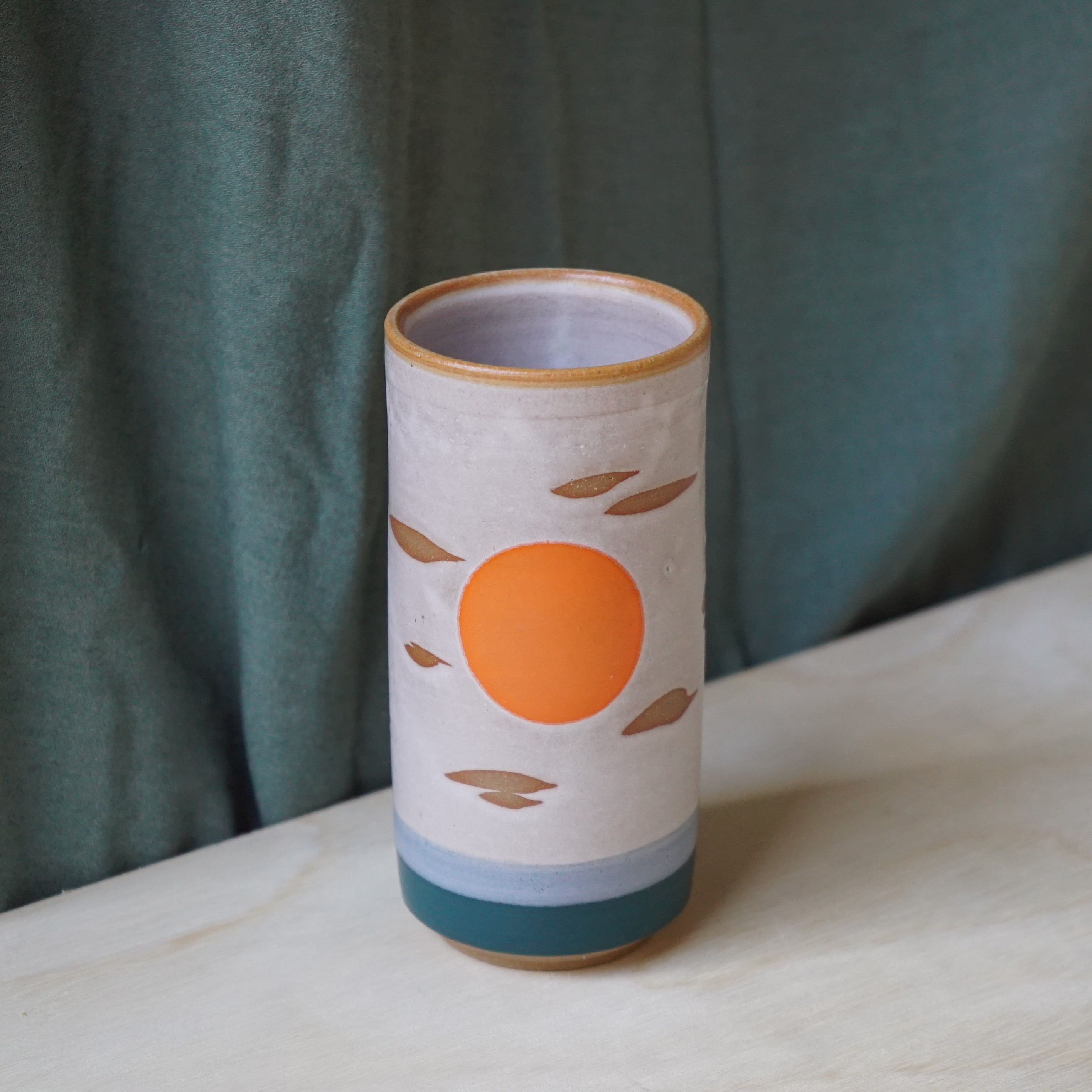 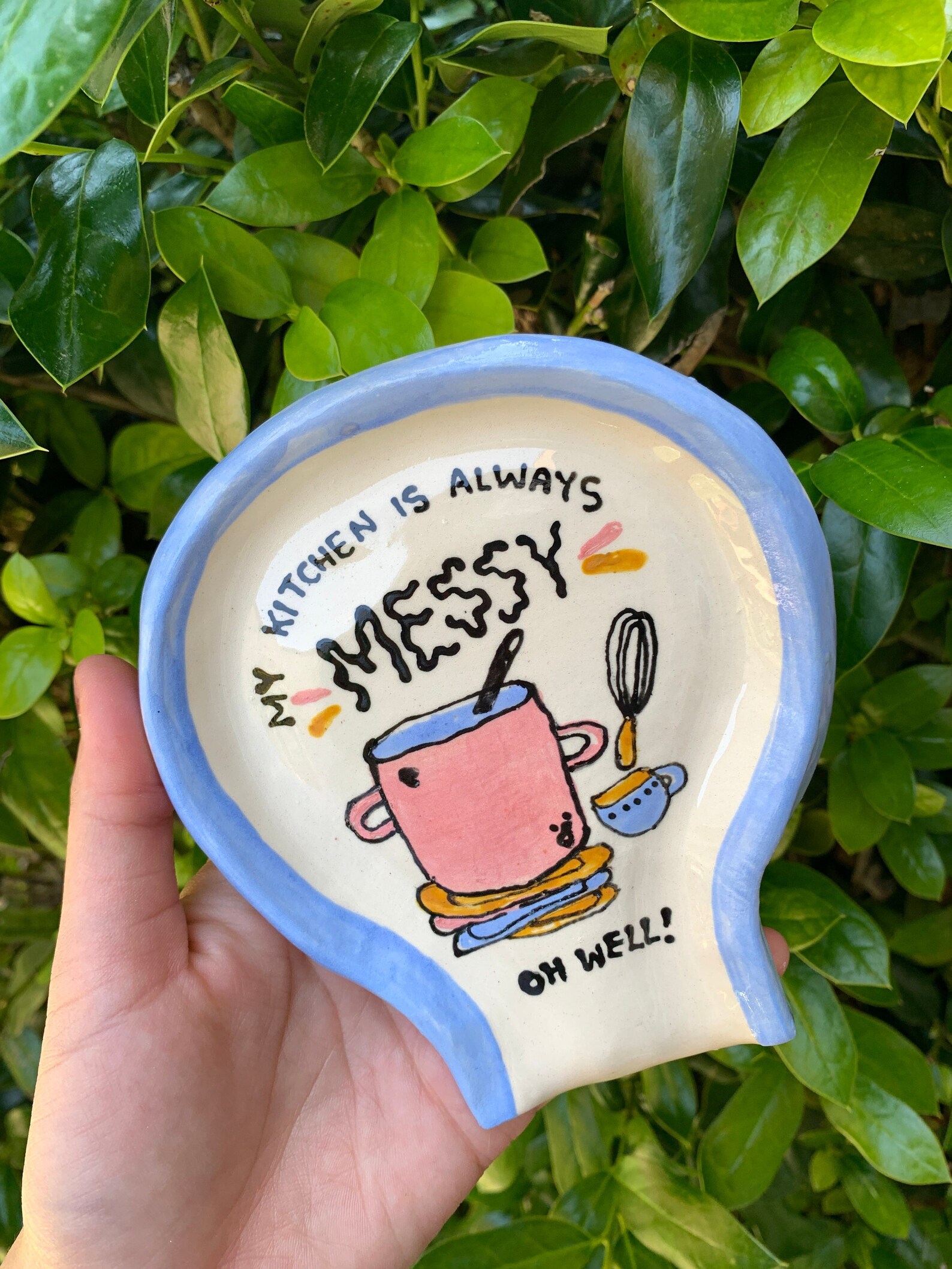 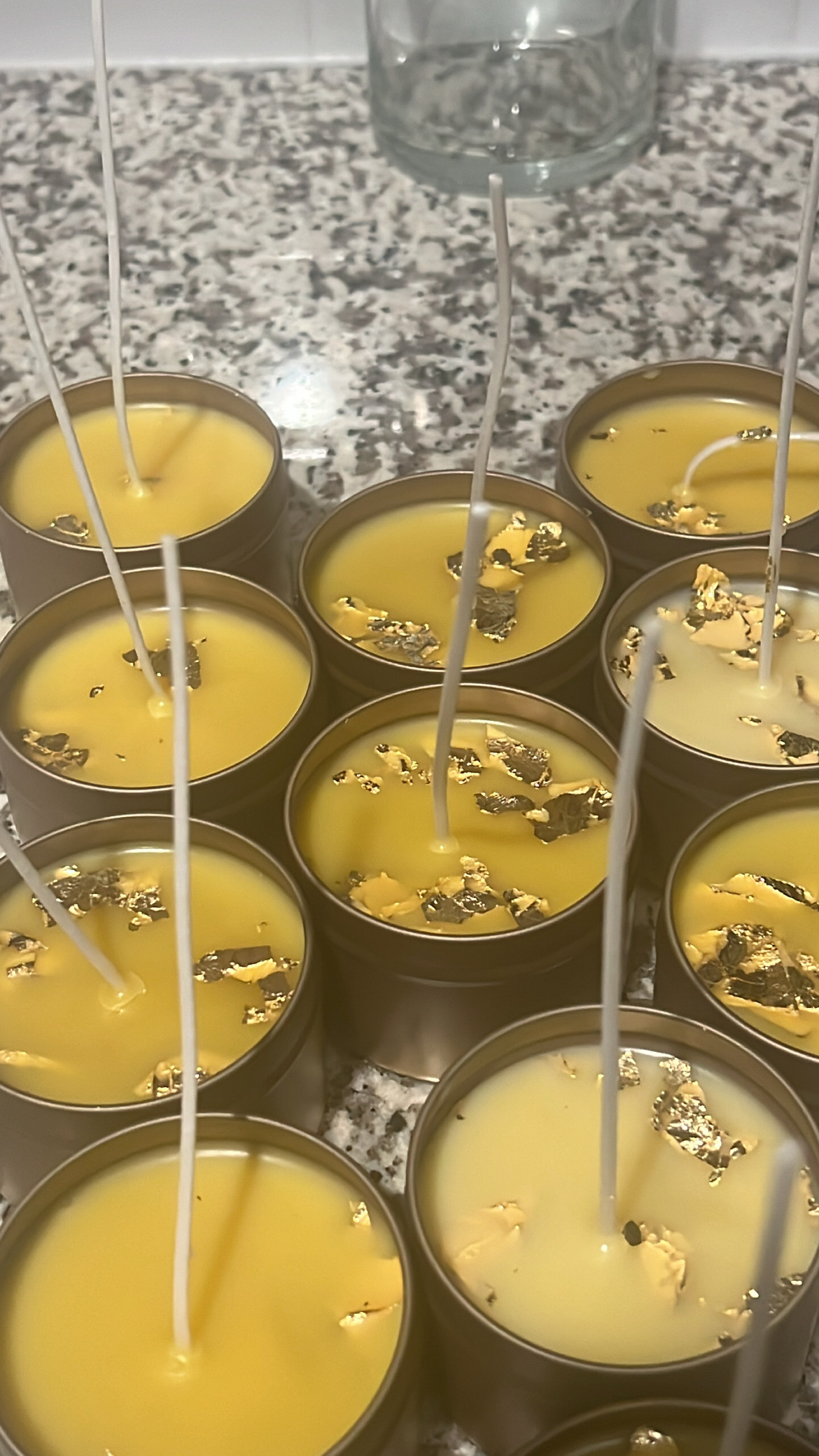 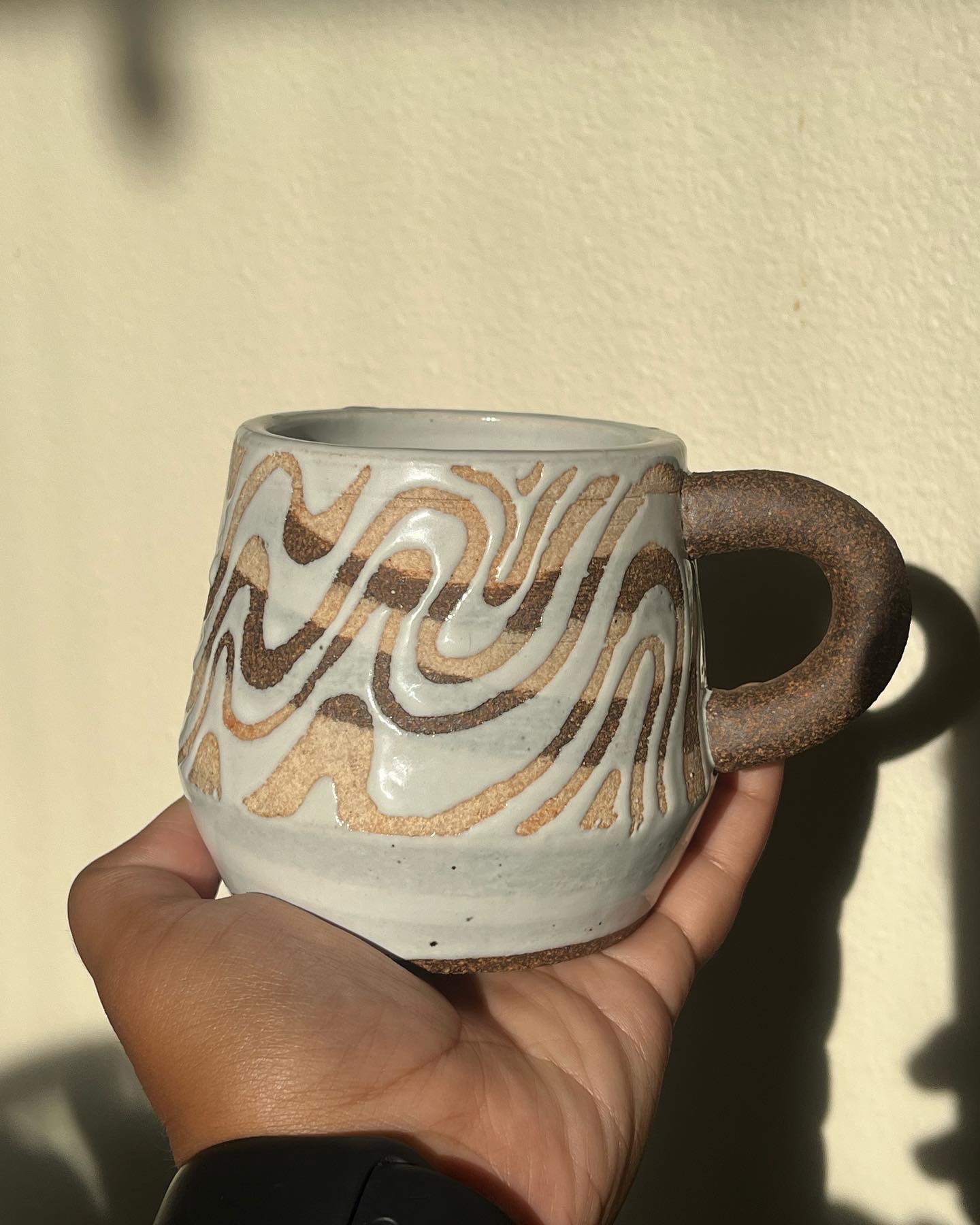 Lightweight mug, great for sipping. Dishwasher safe! Guaranteed to be a cabinet favorite. 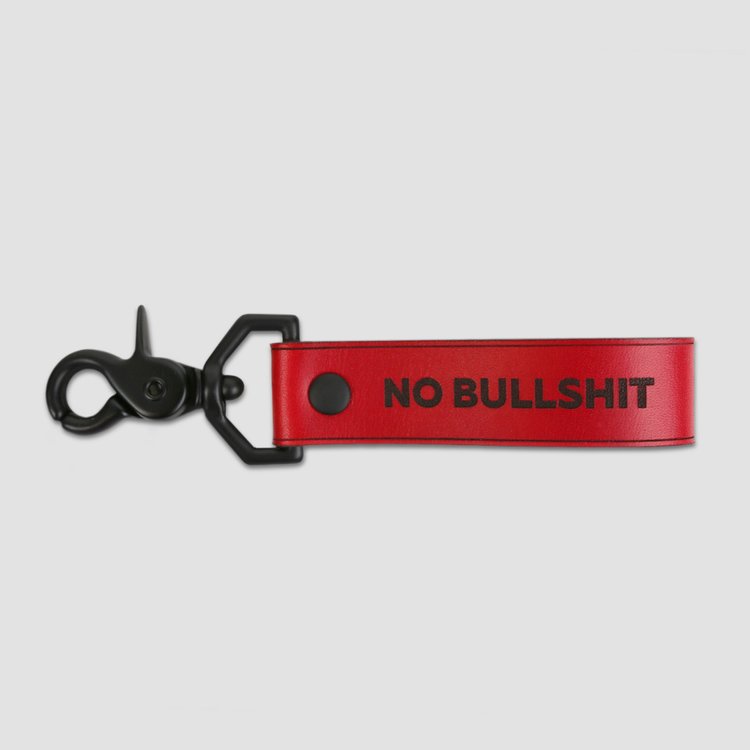 Life already has enough bullshit. Screw that shit. Care about the bullshit happening in our society and be willing to have the hard conversations about it. Details: - Italian Leather - Black Matte Hardware. - Approx 5.5” wide x 1” tall ( including hardware) 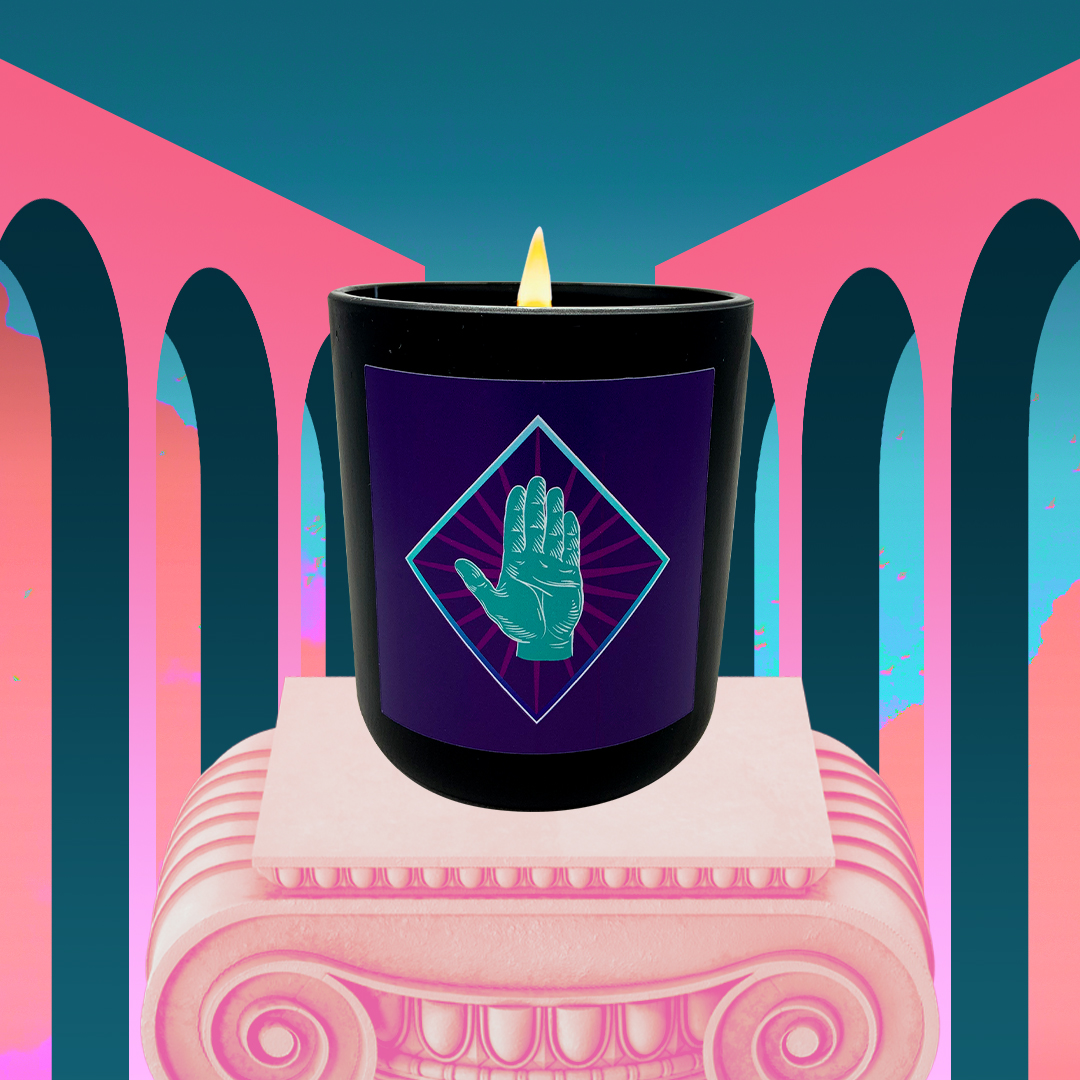 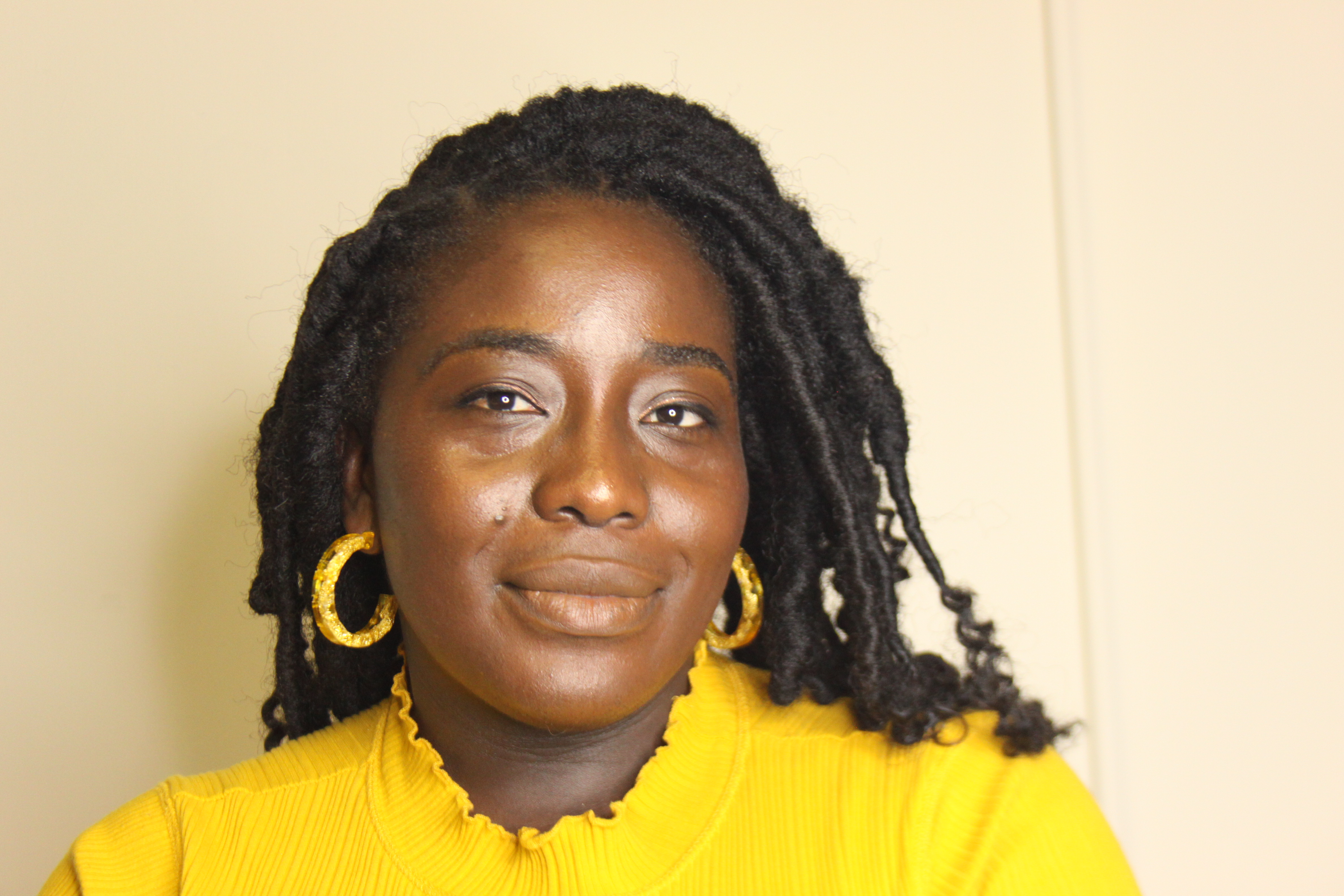 Womxn On The Moon

Show them you mean business with an incredibly powerful and unique pair of hoop earrings! These include brass metal backings and resin artwork with crystal stone chips and metal flakes. Approximately 1 and 3/4 inches. 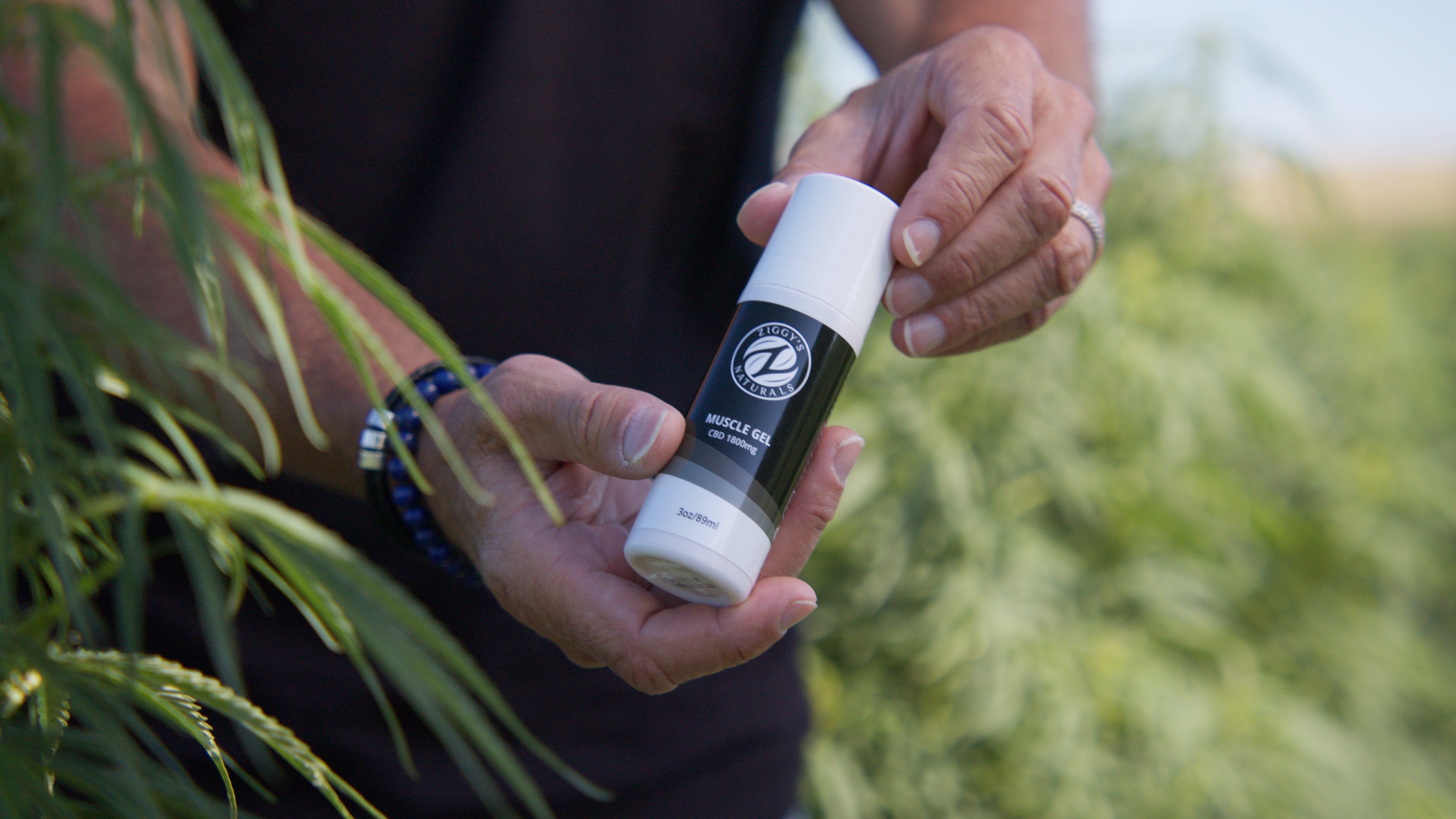 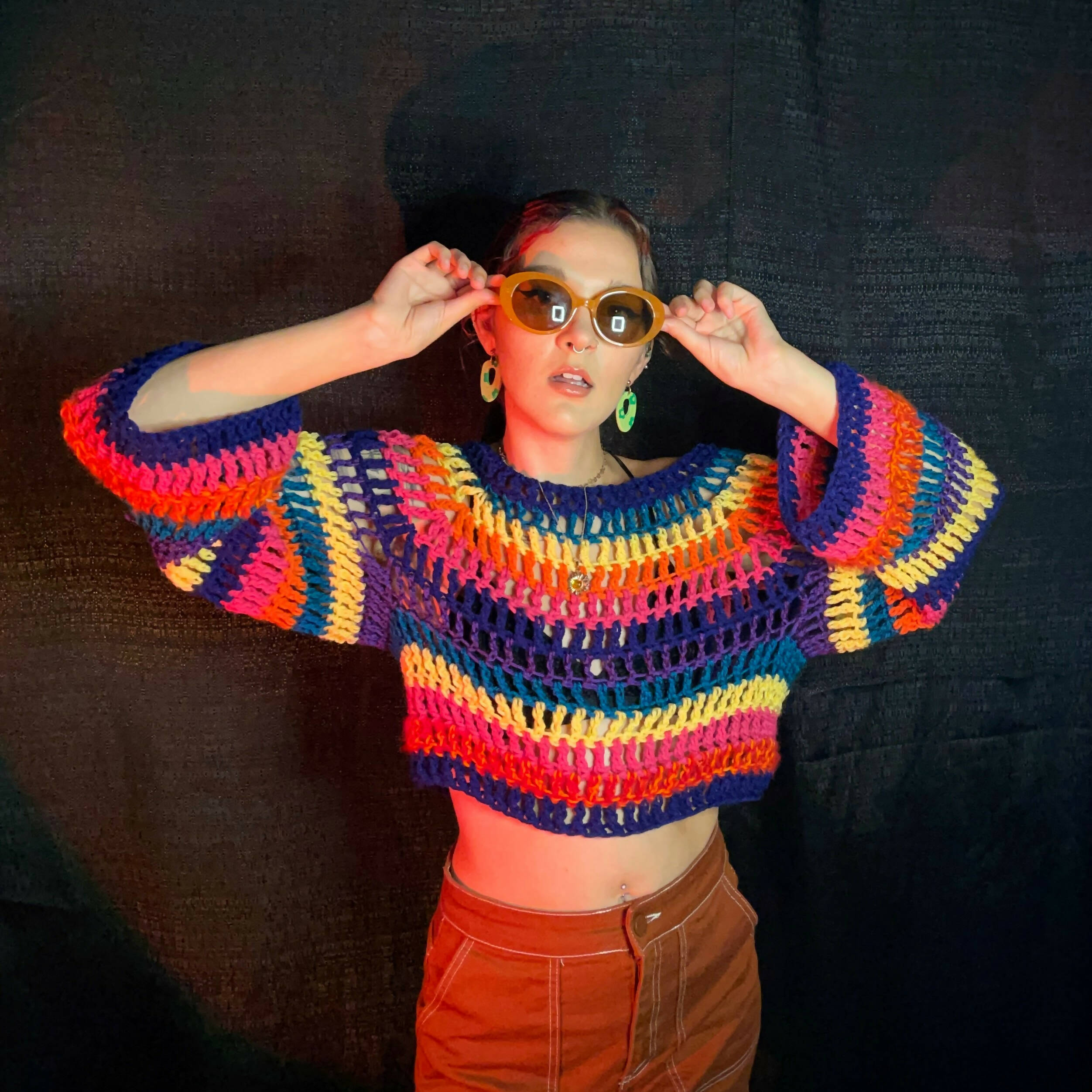 Handmade crochet raglan scrap yarn sweater. One of a kind. Perfect transitional piece. It is slightly see-through making it breathable, but also great for the colder months when layered. Made with acrylic, polyester, and secondhand fibers. Measurements: Neck 26 in. opening, 32 in. width, 13 in. length. Care instructions: machine washable, lay flat to dry. 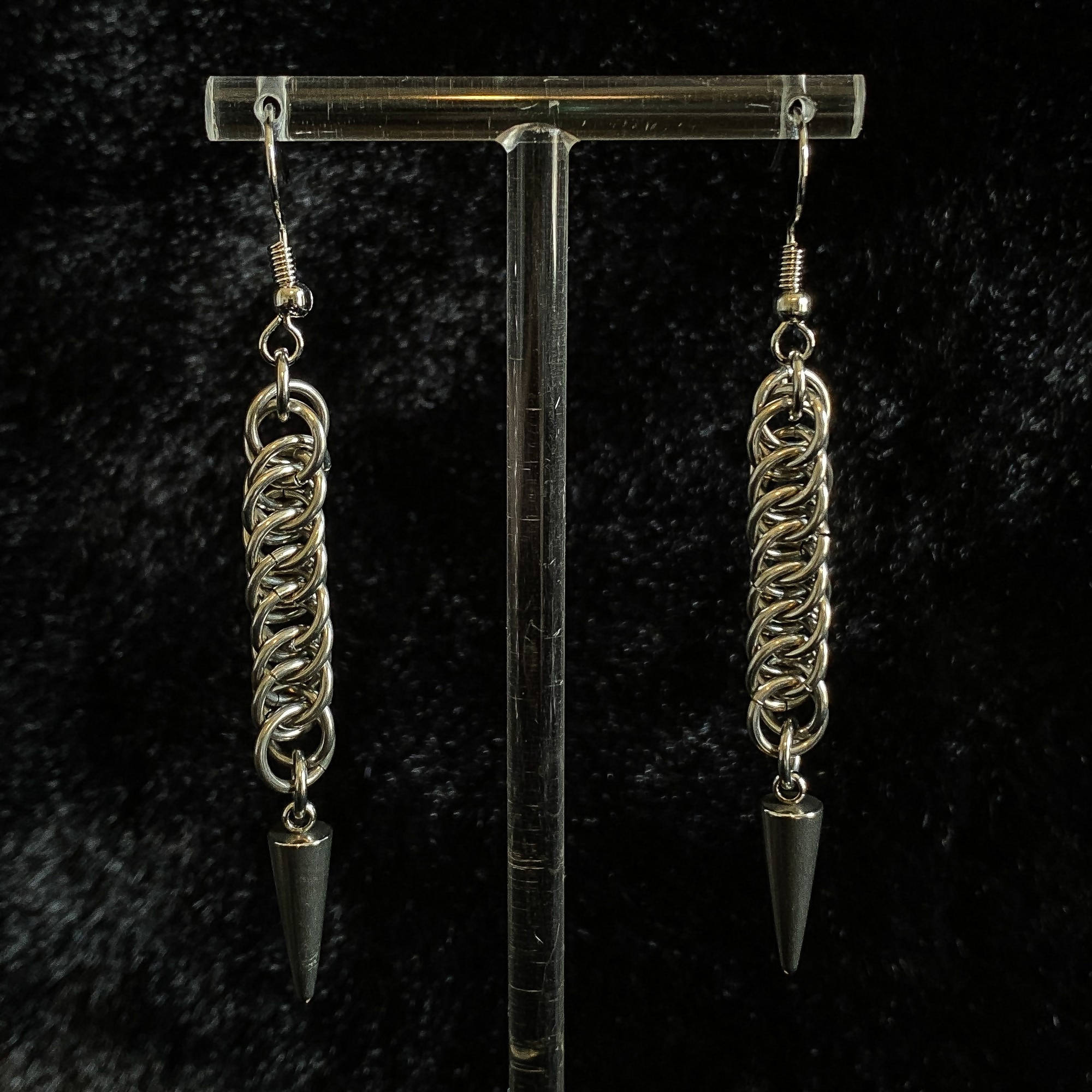 These earrings feature the half persian 4 in 1 weave and stinless steel spike charms. they measure about 2 7/8" and are made with stainless steel. stainless steel is tarnish resistant and safe to wear in water! this product is made to order and may take up to 2-4 weeks to be completed and shipped. 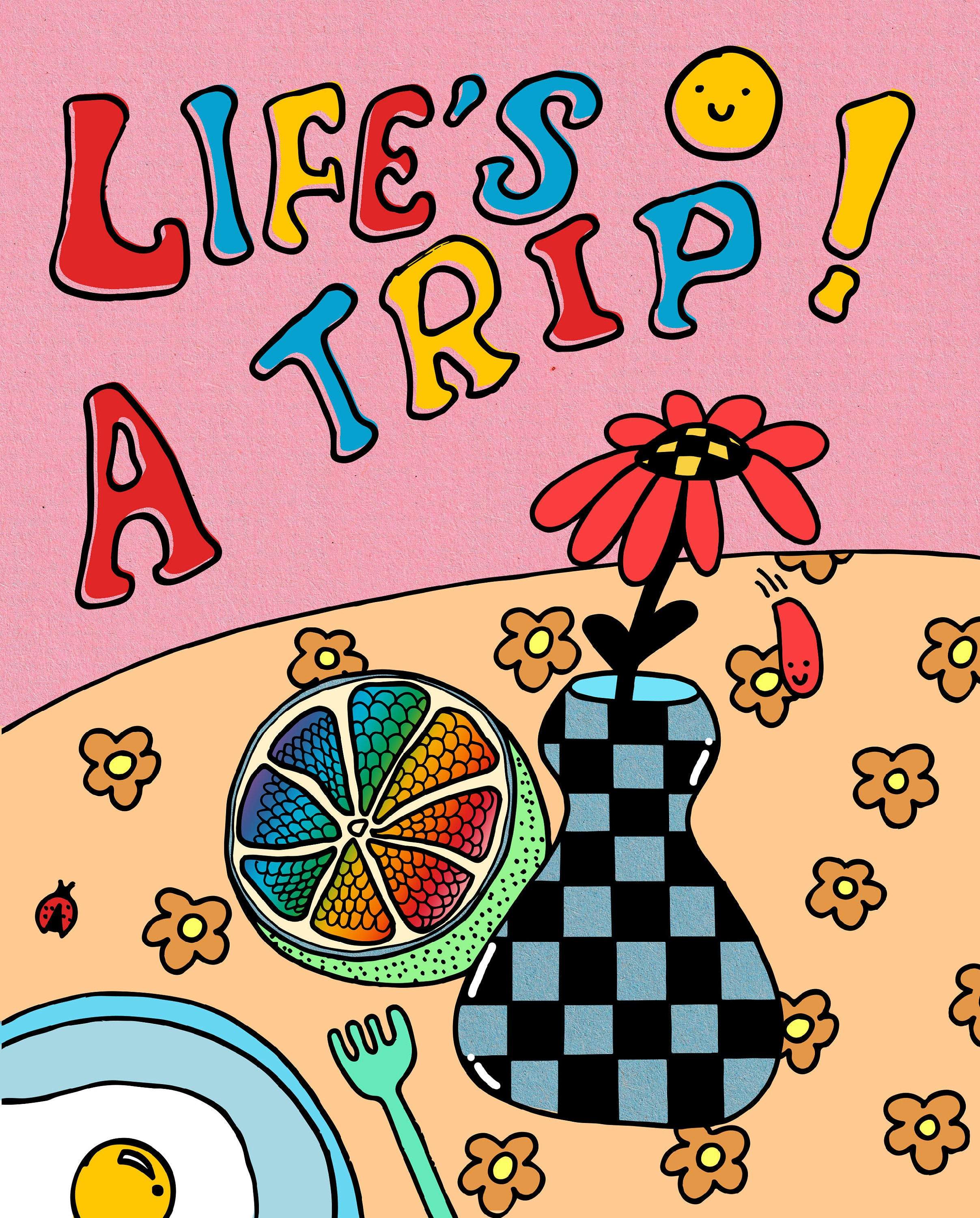 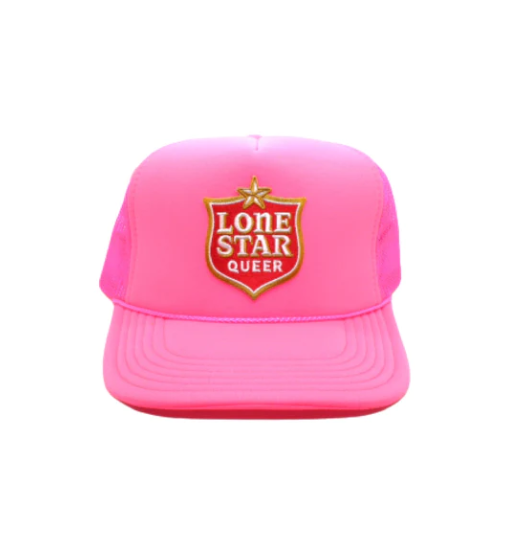 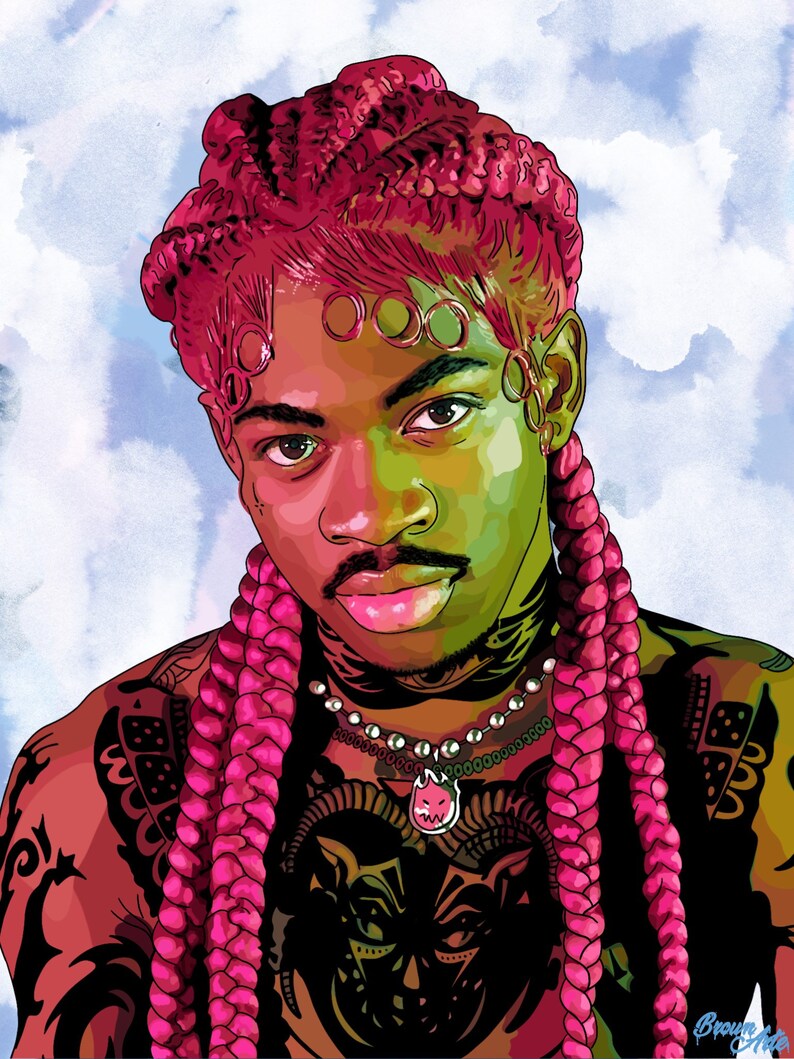 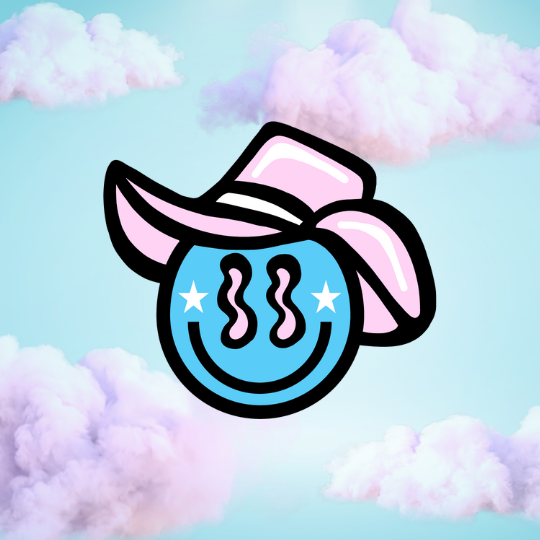 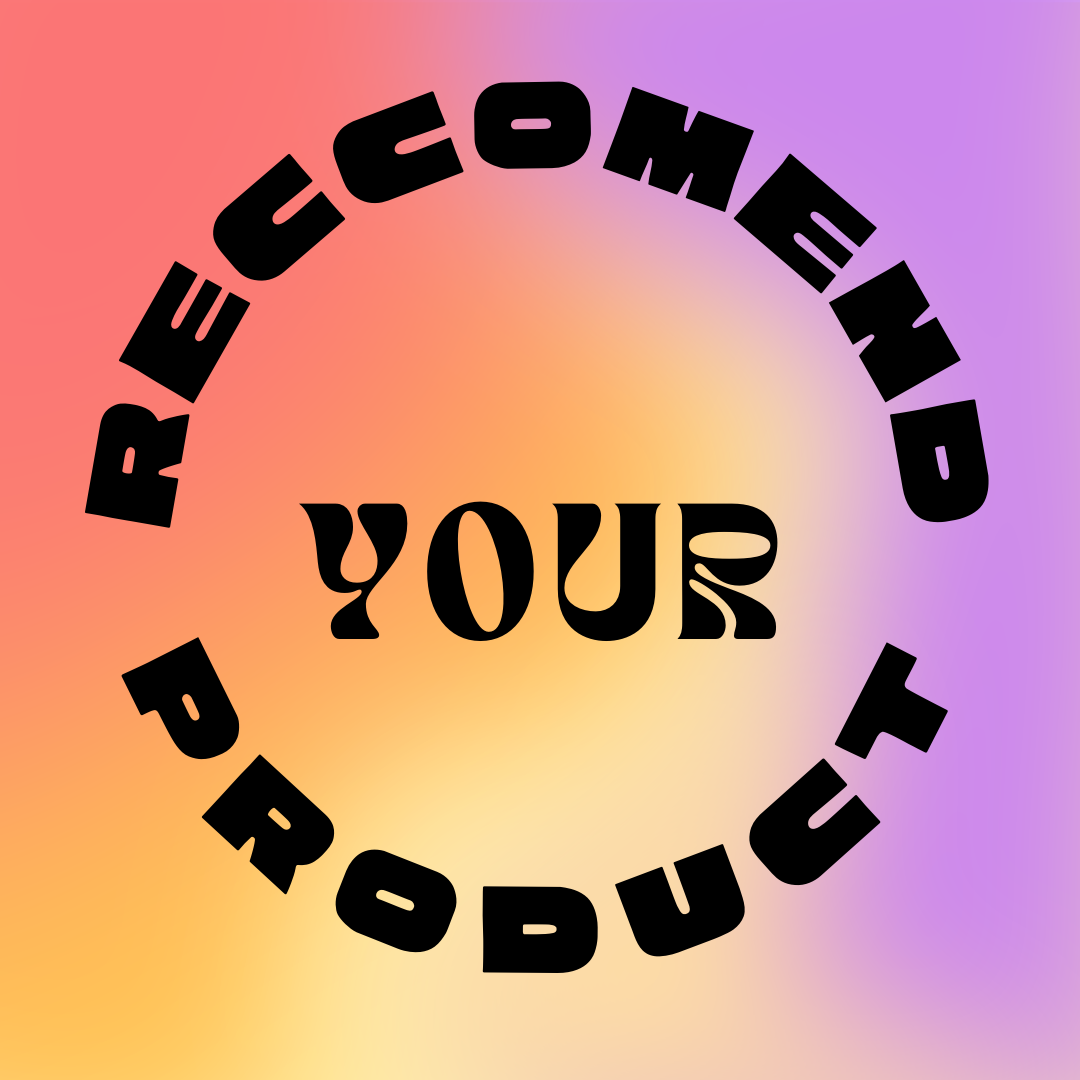 Get in touch with the universe and share your astrological product recommendations. 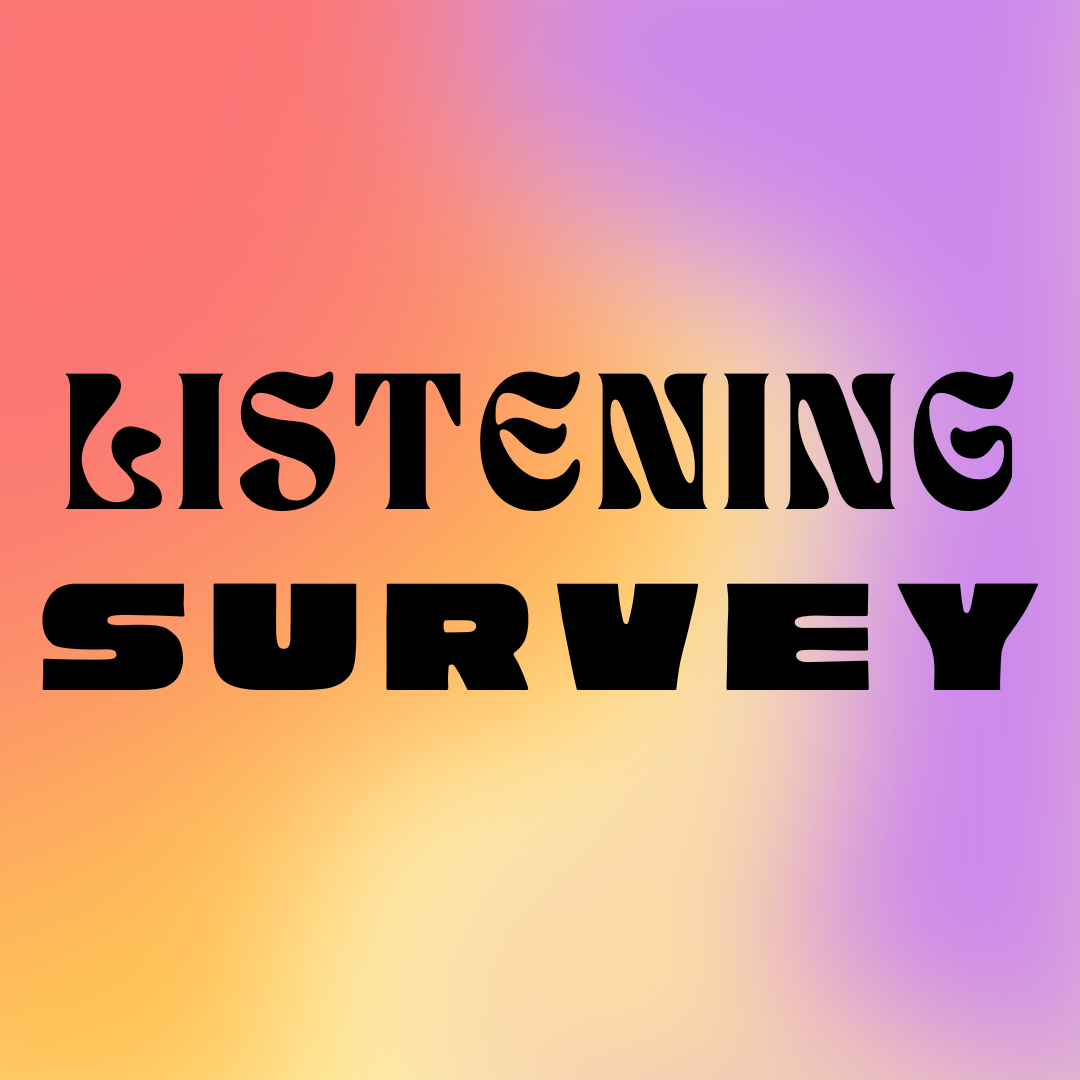